I’m an idiot.  I fully admit this.  I can occasionally do wondrous things, but like everything, they’re balanced with acts of such stupidity that it’s not impossible I’m the fulcrum on which the entire universe is balanced.

Anyway, Wife and I were supposed to go on an amazing family vacation last July.  16ish family members renting a giant house in Myrtle Beach (is it in or on Myrtle Beach?  Or at?  Meh, I’m going with in.), right on the beach.  My incredibly awesome parents bought tickets for wife and me.  That was very nice of them, but they’re very nice people so this makes sense.  We were REALLY looking forward to it.  Had boarding set up for the dog and everything.

So naturally we had to cancel because of my stupid neck.  We waited as long as we could.  Finally, it’s a few hours before the flight and I realize there’s no freaking way I could do it.  Moving was agony.  Sitting still was agony with the exception of ONE POSITION on my couch.  Seriously, I’m not even joking.  Sitting on the far right and leaning onto the armrest with my feet bent underneath me in a slightly uncomfortable manner but it doesn’t matter because temporary relief for my neck. So, yeah, the uber to the airport, walking through security, carrying a backpack, sitting on the plane, etc. etc.  Individually none of those things were possible.  Stacked together they were even more impossible.  If something could be more than impossible this was it.

I canceled online, then emailed American Airlines customer service and awesome CJ confirmed our cancellation and agreed to waive the rebooking fee for us.  He sent me an email confirming everything, and reminding me that I had to use the value of these tickets within 1 year of PURCHASE DATE, and fly within 1 year of the original trip date.  What a great guy.  This is customer service, people take note.

Now, please keep in mind that I’m in extreme pain, super disappointed that we won’t be going on this annual trip that’s been planned for a year, and very highly medicated.  Although this doesn’t absolve me for reasons that will become clear, I feel it’s worth considering in my defense.

Defense of what?  Be patient, people.  Dang.

My parents visited in October after I was starting to feel better.  Not great, but better.  My Dad, ever the pragmatist, suggested I should book flights for the next family vacation July 2018 to make sure I don’t run into problems with the voucher.  Did I thank him?  Did I bow to his years of wisdom and practice of the Six P’s to minimize the potential for error?  Nope.  I had PLENTY of time!  The trip wasn’t for 9 months!  I’m an idiot.

He mentioned it once or twice again during the week he was out, never pushing, but definitely emphasizing I should do it before something goes wrong.  Meh.  What could possibly go wrong? 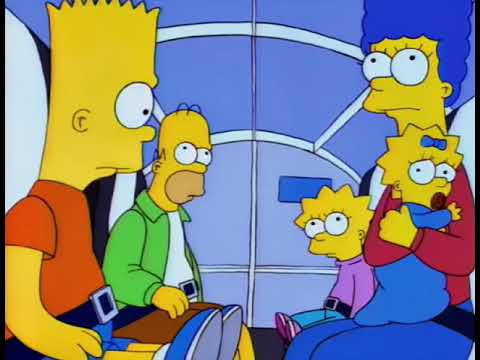 They went home.  Over the next couple months Pop mentioned it a couple more times. “You should really use that voucher and book the flights.”  Ugh, I have PLENTY OF TIME!  I’ll take care of it soon.

Anyway, soon rolls around this week.  I think, “Maybe it’s time to book those flights with the voucher.  It’s about 5 months until the trip, that seems like a good lead-time.  So I booked the flights and everything went smoothly, right?

Oh man that would make a boring post.  I called AA (American Airlines, not to be confused with Alcoholics Anonymous.  JUST BECAUSE I LIKE WHISKEY DOESN’T MEAN I HAVE A PROBLEM!  Shut up.  YOU have a problem.) and the lovely lady on the phone kindly informed me that the vouchers expired.  Excuse me?  That can’t be right.  You see, if this is the case then I have several problems that can’t be ignored. 1) I just wasted over $1,000 of my parents kind gift. 2) I now have to pay for an expensive flight cross country. And 3) I HAVE TO TELL MY FATHER AND HE WAS RIGHT AND TOLD ME SO!  AH!  NO!  Actually, that 3rd one happens more often than I’d like to admit.  I really, really should listen more closely when he offers me advice.  Kind phone lady insists (politely) that unfortunately she can’t help me, but I can email AA customer support and maybe they can do something.  I am despondent.  And unconsolable.  Inconsolable?  Inconsolable, that’s what I am according to this.

But wait, there’s a glimmer of hope!  I might be able to find… wait… yes!  I still have CJ’s email and contact info!  I email him with my issue, my challenge, my gross stupidity.  I prostrate myself before his infinite goodness and beg the forgiveness of American Airlines and the gods of “people-who-don’t-listen-to-their-parents-and-pay-the-price.”

But the next day I receive a response.  Awesome CJ works his awesome magic and sorts me out.  Why did he do it?  He didn’t have to.  Could have easily said, “Sorry Mr. Dave, but you’re an idiot and if there aren’t consequences you’ll never learn from your mistakes and grow, emotionally, as a productive member of society and, more importantly, as a human being.”  I would have walked away dejected, but understanding of their position.  After all, it was obviously all my fault, and if there’s one thing I’ve learned in all the years of making mistakes is to own it and move forward.  I rarely make the same mistake more than 5 or 6 times. 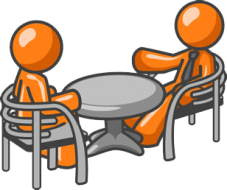 But NO!  CJ doesn’t play that!  He walked right into his boss’s office and said, “Boss, this guy Dave’s an idiot, but we’re going to help him anyway.  Why?  Because we can!” and his boss said, “Yes we can!  Because we’re American Airlines and we’re awesome!  You go right back to that idiot and sort him out properly.” (dramatization)

CJ took some extra time and provided the type of customer service that happens fairly often, but you rarely read about it.  CJ and American Airlines are awesome.  How can I properly thank him?  I did the online survey, obviously.  But that didn’t seem like enough.  So I sent this:

“CJ, thank you so much. I really appreciate this.  You’re a legend.  I’ll be writing about this in the next few days on my blog HumbleDave.com so you’re definitely going to be internet famous.  I have about 30 readers so you’ll probably have to wear a disguise when you leave the house to avoid being mobbed by fans.

If any of your supervisors are reading this: GIVE CJ A RAISE!  And a promotion.  I’m thinking c-suite.  Maybe Chief Customer Relations Officer.  $500,000/year salary plus bonuses (obviously) and use of a company private jet.  I’ll be keeping an eye out for the press release, American!

Seriously, you saved the day.  Thanks a whole bunch.  I’ve attached a picture of a happy dog for your viewing pleasure.”

Anyway, the point is this: CJ is awesome, and American Airlines is also awesome.  The other point is that great customer service still lives, but you have to give companies the opportunity to provide it.  In the immortal words of Michael Scott:

Michael Scott, truly “The Great One.”

Thank you CJ, and thank you American Airlines.  You saved my butt.  I appreciate it.